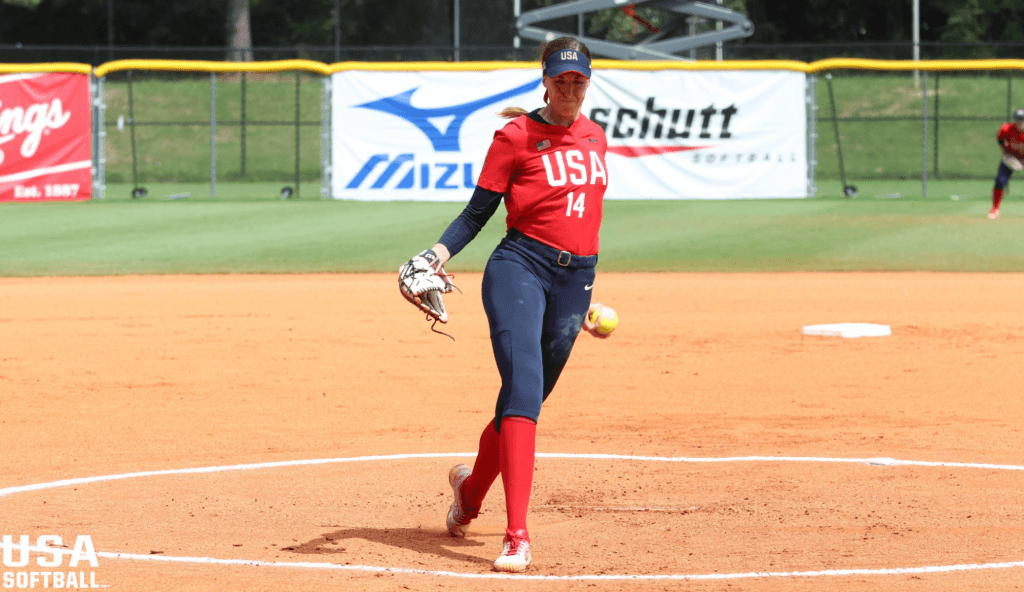 I’ve been nervous to write about this for a while. Which means- I need to. This is probably the most controversial topic in pitching. I feel vulnerable writing this because I know I will receive backlash from the Hello Elbow people. But this is an extremely important topic that I am very passionate about so I cannot hide any longer.

If you know me or follow me you know I’ve been through the wringer with pitching. I first learned to pitch with what pitching coaches call “Hello Elbow” when I was very young. By the time I was in high school, I was decently fast, but still not to my max potential. With the help of Doug Gillis, I switch to what I know now as Internal Rotation. I reached 60mph, had a great rise ball, and was able to receive a college scholarship.

Unfortunately in college I developed a very sore arm. It was explained to me that the way I was pitching created the injury. I was switched over to a more “open style” of pitching. (This involves the hips and I will cover this in a different blog post.) I was also taught to snap my wrist and follow through up the power line, with my forearm perpendicular to the ground. I do not fault my college pitching coach for teaching me this. This is a very common style. There are Div 1 pitchers and past Olympians that promote this “style” of pitching. So what was I to do? Every athlete wants to listen to their coach. And so I did. And I lost speed in the process. I also, I believe, didn’t help my arm heal because of the unnatural movement.

Flash forward to giving lessons. I am ashamed to say that in the first few years in college and following college that I gave lessons, I taught girls exactly what my pitching coach taught me. We did lessons together and I kept promoting hello elbow. The girls threw well, they were pretty accurate, and the days of “turning the hand over” were behind me. (Or so I thought!) If you are one of those girls reading this, I deeply apologize.

A few years ago, being on my own and in Orlando far away from my college days, I discovered Bill Hillhouse. I discovered Amanda Scarborough. I discovered Rick Pauly. And then I found a thread on Discuss Fastpitch that changed my life. In this particular thread, there was heavy disdain for “Hello Elbow”. I had no idea what was going on or why people were so fervently defending Internal Rotation (I/R) or Forearm Fire. So I went on an information quest. There was frustration, there were tears, guilt, shame, you name it. But at least, I thought, at least I was going to find the answer. For a while I taught a mix of H.E. and focused more on the elbow whipping and coming across the body. For some students I just let them follow through however they wanted. I let girls define their own hip angle and drag.

Now years later I understand that the difference between H.E. and I.R. is not a matter of opinion or style or variation of pitchers. It is quite literally the best way to pitch. I have yet to find a very high level pitcher who does not throw this way. While I admittedly do not have a kinesiology degree, I steal from others who do. I let those who are smarter than I am explain things in a way that makes sense and then I give that to my students. I believe I am never done learning about softball. The day that I think I am 100% right is the day I need to quit coaching. That being said, I am extremely passionate about righting my past mistakes as a coach and teaching as many people as I can about I/R. I do not want anyone else to be stunted by poor mechanics like I was. There are probably hello elbow pitchers that do well. However, I/R is more effective for speed, arm safety, and movement pitches.

What is Hello Elbow?

Hello elbow refers to the “style” of pitching where a pitcher pushes the ball down the backside of the windmill motion, with hand on top of the ball, “snaps” the wrist and then bends the elbow. Usually the hand will end with fingers pointing up to the sky. Some pitching coaches even teach their girls to point their whole elbow towards the catcher. The follow through of bending the elbow upright is not the biggest problem (although not ideal). The problem is getting “behind” the ball too early and using only the wrist to do the work and ignoring the entire Kinetic Chain. 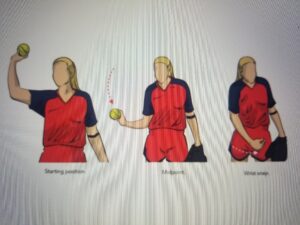 The problem is this is a horribly unnatural motion for the body. If you look at any other sport, you would not find an athlete using only their wrist or other small joint for power. In baseball pitching, pitchers do not only snap the wrist for power, and then unnaturally bend the elbow, ending with the elbow high and fingers facing down. There is a “whip” motion that occurs, that uses the legs, torso, scapulas, pecs, and the entire internal rotation of the arm. Golfers, volleyball players, tennis players, all utilize some form of “whip” in their arms.

What is Internal Rotation?

Internal rotation is an anatomical term- not solely a pitching term. I will sometimes refer to it as I/R in this post. I/R is simply “rotation towards the center of the body”. In anatomy, internal rotation is usually used to describe movement of the arms, legs, and wrists. In this post, we will use it to refer to pitching. More specifically, we will use it to refer to the rotation of the forearm during the release phase. To quote the discuss fastpitch forum article:

One of the first things that has to happen for a proper I/R delivery, is that the upper arm (bicep) must be trained that it is the stability point for Internal Rotation. It rotates AND stabilizes vertically. It must be properly positioned in close to the body and vertical in order for the forearm to internally rotate on the tightest radius possible. It ALSO must be trained to pass kinetic energy from the proximal to the distal parts of the sequence. In other words, the energy must be passed from the arm circle, through the upper arm (proximal part), to the forearm (distal part) and down through the wrist into the fingers and ball.

In order for this transfer to occur, the upper arm must be caused to decelerate to almost a stop when it reaches the stable vertical position close to the side, and then continue forward as a follow through energy dissipation result. That cause begins with Internal Rotation of the forearm “taking the energy” from the arm circle, causing deceleration of the upper arm.

As discussed earlier, I/R is the only way to create a true “whip” of the arm while allowing a natural motion. I/R allows for acceleration through the whip, allowing elite pitchers to throw upwards of 75 mph.

Because the upper arm/forearm/wrist are actually rotating from back to front during the release phase, vs. pushing straight through, there is a whipping action (sudden acceleration) that occurs as the arm circle(s) change from a wide to narrow axis of rotation through the release phase. IE if you push the ball with no internal rotation, the axis point of the circle remains at the shoulder joint (wide).

Consider an ice skaters spin. As she draws her arms/leg inward, her rotational velocity increases. It’s basically the same principle.

Proponents of H.E. will tell you that they themselves use Hello Elbow or that elite pitchers follow through up- and not by “turning the hand over”. They usually cite Jennie Finch or Cat Osterman as examples. However, when shown in slow motion, both pitchers actually internally rotate before bringing their arm up into a pointed elbow follow through. They are not “pushing” the ball down the backside of the arm circle and attempting to snap the wrist as much as possible.

Yukiko Ueno pulling the ball down the backside of the circle, not pushing.

More resources and arguments for I/R 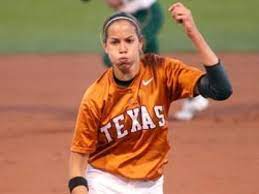 I’ve written on this topic a few other times- however it is such a problem in the pitching world it deserves more attention. I get frustrated when I see people defending hello elbow using outdated and busted myths. Let’s first get one thing straight, is the follow through on its own the issue? No. There…