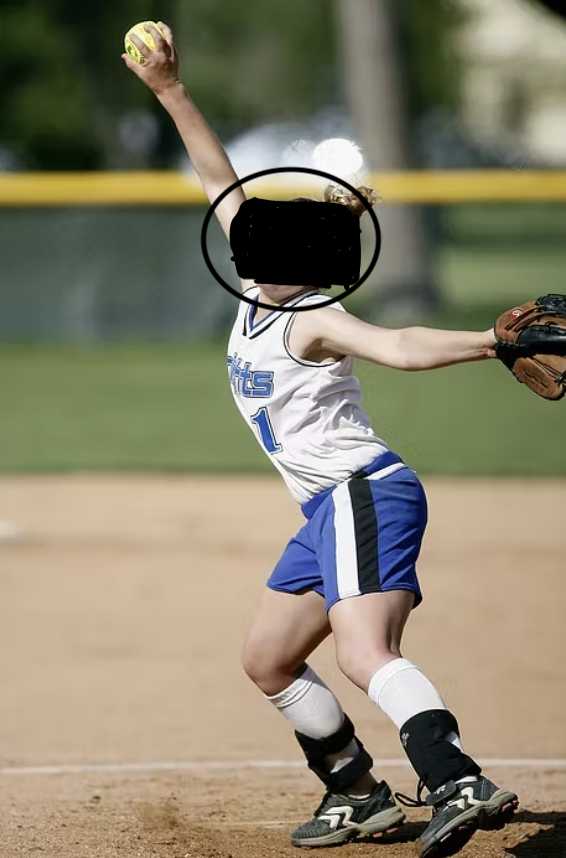 If I had to pick the one thing that I would like pitching instructors and coaches to stop teaching, it’s the idea of a forced opening move with the hips when pitching. (And as always, huge shoutout to Rick Pauly because I didn’t understand this until taking his courses.) This myth is not only one of the most propagated in softball pitching, but the most destructive. Fixing hello elbow delivery when it comes to the arm is a lot easier. In fact most of the kids who I see say that they throw Hello Elbow, tend to throw IR anyways because it’s natural. The hello elbow finish is long after the ball is released. The hips however…are a mess. I even see IR coaches teach this. I think a lot of coaches are well meaning when they teach this, but it causes more problems than it fixes. For purposes of this post, open refers to facing third base (RHP) and close refers to facing the batter.

I think this myth came from instructors pushing back against the old school “close the door method”. And there is validity in that. “Close the door” usually involves a forced closing of the hips that will will typically push the ball inside to a right handed batter. The timing of the hips “slamming shut” has to be just right in order not to get in the way of the arm and not have too much collision. Also, the slamming of hips doesn’t add much to the pitch except for excessive rotation for the sake of rotation (much like squishing the bug in hitting). So I understand the need to pull away from slam the door methodology. However, we have swung too far to the other side of the spectrum and now have eliminated all hip movement.

Here are the reasons why we need to stop telling pitchers to get open:

Most pitchers will get open too early (prior to or at 3 o’clock).

Getting open early will reduce the forward momentum of the pitcher and is an energy leak. Instead of that energy going into driving off of the mound, some of the energy will be put into getting open (or sideways). I’ve spent over a year studying under Rick Pauly and some of the best minds in softball pitching, and we’ve found that nothing is more important than drive mechanics. (Even the IR delivery). We’ve even consulted with expert running coaches to understand the role of levers, the feet, the sprinting motion. Getting off of the mound straight and towards the target quickly is one of the most important aspects to speed and balance/ posture for pitchers.

While there are some higher level pitchers who get open prior to 3 o’clock, I believe they are either A. able to overcome this mechanical flaw or B. are hindered by it and would actually throw faster and better without it. Rick, one of the most respected pitching coaches of all time is a huge advocate for eliminating the forced opening move. Through his research using 4D Motion (and decades of coaching elite college and professional pitchers), he has found that one of the most important numbers to track on a pitcher is linear velocity. A forced opening move too early will reduce linear velocity and drive off of the mound.

“Getting open ” is unnecessary.

The hips do not need to be forced open. If you drive out straight, the hips will naturally open to around 60 degrees. The idea of a forced opening move is to create a “lane” for the arm. As long as you have proper opening of the shoulders and a good brush, there is plenty of room for the arm to deliver the pitch. On top of that, if you drive out straight without a forced opening move, when the shoulders get open, you will have a natural and beautiful offset stretch.

Which leads me to…

You will lose all separation of hips and shoulders and negate offset stretch.

In most kids, whether they come from Hello Elbow or not, they have improper Kinetic sequencing. Most of the time, their hips fly open, or become too open, and then they close too much with their shoulders. You must have offset stretch for power and to make sure the arm can brush. This entire idea of making a lane is not only unnecessary but leads to problems with power and accuracy. If you watch slow motion of elite pitchers, not only will you not see a “lane” being created, but you will see them using the hip. As long as the arm brushes and the fingers turn in towards the belly button (internal rotation), you will not bang into your hip or block the ball from going straight. I like using the cues of “bump and roll” or “wrap around the hip.”

To learn more about the role of the hips: https://keyfundamentalssoftball.com/2021/10/softball-pitching-myths-pt-1-hip-angle/

With a forced opening move…

Almost all issues I see with balance, posture, drive leg/foot issues is caused from improper drive mechanics and typically from a premature opening of the hips. Zombie foot, anchor drag, leaping, crow hopping… any kind of foot problem you can think of usually happens because the hips are flying open prior to 3 o’clock. If the front hip swings open early, the drive foot has no choice but to turn, anchor drag, or leap/crow hop. This also can lead to the plant foot landing at 90 degrees putting excess pressure on the ankle, knee, and hip.

A premature opening of the hips also causes the “ninja move”. Rick calls the position when a pitcher is fully open and leaned over (because their balance is off) a ninja move. Sometimes in lessons we call it “butt out” (less subtle language, haha). This leads to poor posture, lack of brush, and lack of power.

Without proper posture, you will get no brush and this will hinder IR delivery.

With proper drive mechanics (and being closed at 3 o’clock), it is easier for the pitcher to be naturally stacked, with knee underneath the hip, and the hip in the proper place in order for brush to occur. Brush is incredibly crucial for proper IR delivery (because of the deceleration of the humerus). Is it possible to have IR delivery without offset stretch and brush? I guess technically possible. Will it be slower? Yes. Will you miss out on the deceleration of the humerus which leads to brush and safe mechanics? Also yes.

In summary, the hips play a vital role in the pitching motion in giving the pitcher the best posture (being stacked, in creating offset stretch for power and a reloading of the arm for whip, and finally for brush and pronation into the IR delivery. Trying to create a lane ruins posture and power. And, I am convinced puts unnecessary pressure on the labrum and can lead to injury. It also puts pressure on the landing leg if the foot is angled at 90 degrees. 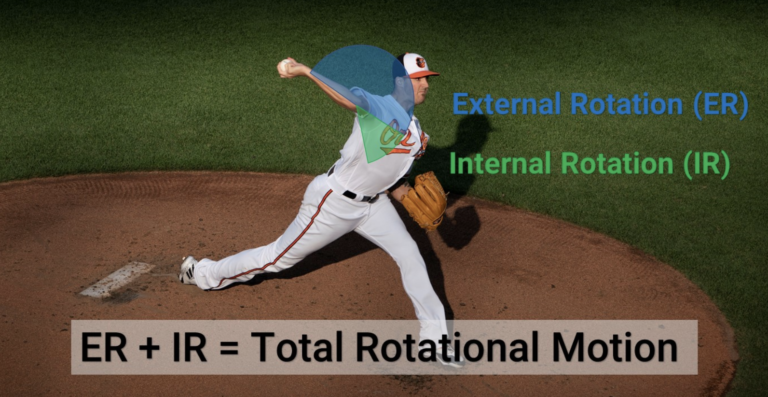 “Forearm fire”, “Hello Elbow”, “Internal Rotation”, “Pitching naturally”… why on earth are there so many names for pitching and so many “styles”? “Why do you PC’s (pitching coaches) make such a big deal out of it? Internal Rotation is just a made up term.” I hear a lot of these types of comments on the… 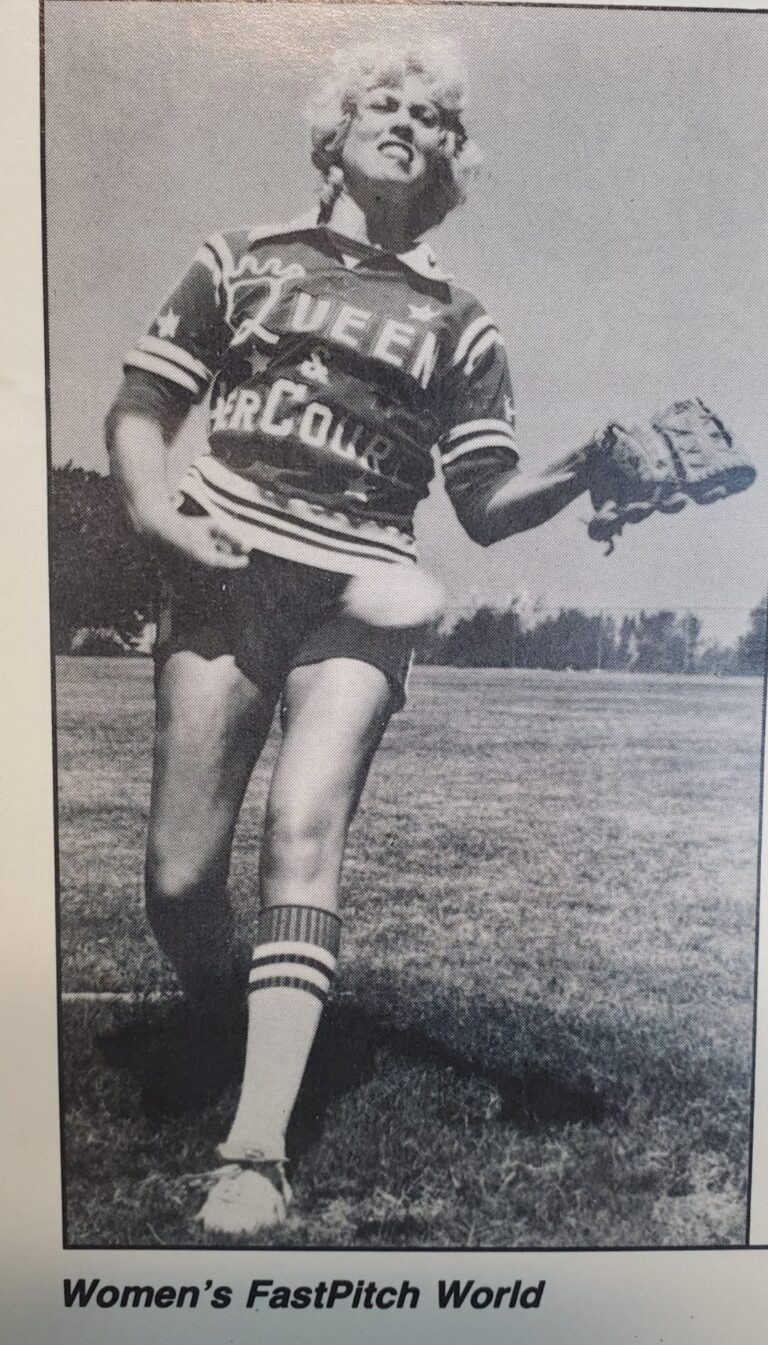 This is one of the most highly debated topics in softball pitching. If you ask 10 pitching coaches their opinion on hip angle, you will likely receive 10 different answers. While we cannot give an exact angle for the hips down to the degree for your pitcher (because of varying body types, athleticism, and size… 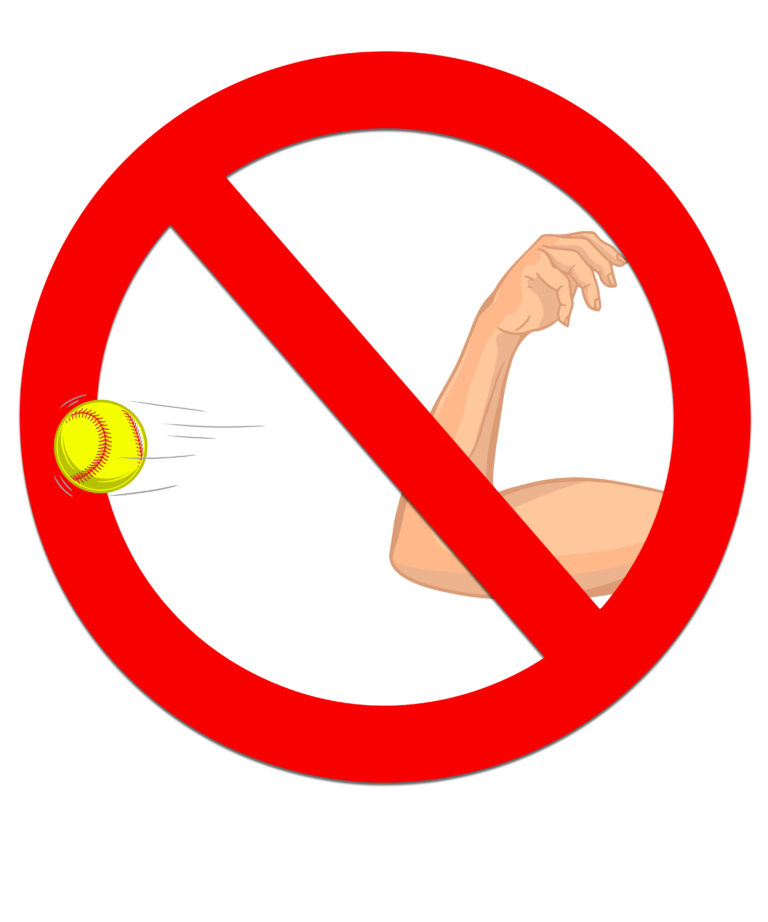